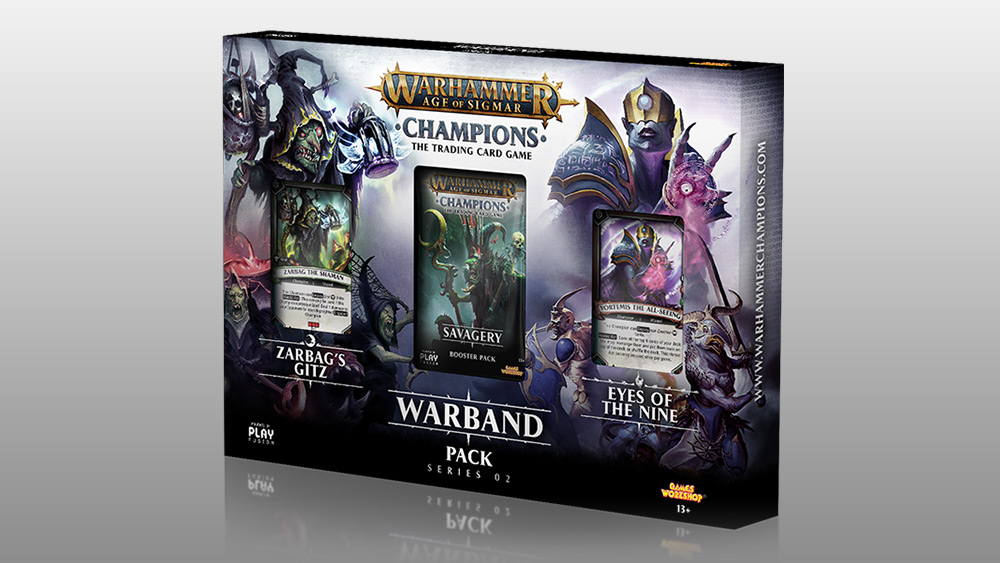 This design was informed by the amazing card art for the two new warbands: Zarbag’s Gitz and Eyes of the Nine and the my design for the previous Warband expansion pack. Working with the Senior Artist I created a design that features prominently the two new champion card characters plus other characters from their respective warbands. This was achieved by masking and editing original card art and creating new character compositions for the two factions.  The design reflects the design of the previous Warband pack, but features a new darker colour palette to differentiate between the two physical pack releases whilst following the product’s print specifications. A 3D render was then created in Photoshop for marketing and promotional purposes prior to the product’s production and release.

Warhammer Age of Sigmar: Champions is an officially licensed tactical trading card game available both physically and digitally on Steam, Nintendo Switch and mobile devices. Players choose from 4 unique alliances and use must use their tactical prowess to build an unstoppable force. Deploy units and unleash deadly magical abilities, while completing quests to earn blessings from the gods and seize control of the Mortal Realms.