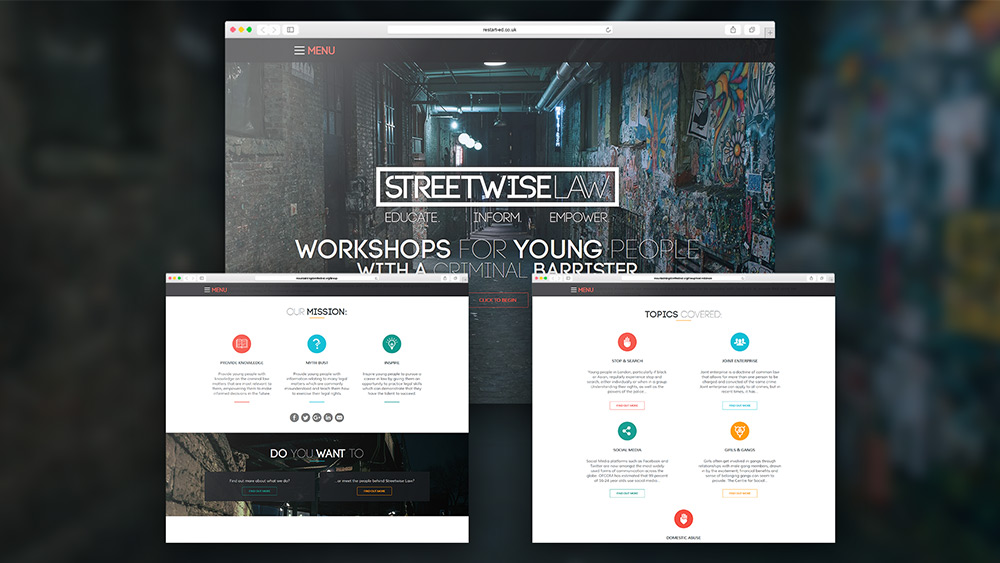 A project brief that called for the design and development of a responsive website for London based Streetwise Law.

This website design was developed for Streetwise Law in order to promote the legal workshops provided by the client as well as their overarching mission. It features a fully responsive grid layout with striking urban photography and custom font icons throughout. The visual tone was designed to invoke urban environments and culture through the use of photography and typographical elements synonymous with stencil graffiti and tagging.

The content ranges from the company’s mission statements to details on each of the workshops provided and members of the Streetwise team. Social media integration was added with prominent share buttons for all major social media platforms and the Streetwise Law twitter feed included directly in the website’s footer.

Established in June 2014 Streetwise Law is a not for profit community educational project based in London. Then run law workshops for young people presented by an experienced criminal barrister. They educate, inform and empower young people by teaching them about the criminal laws which are most relevant to them. Some of the topics they cover include: Stop & Search, Girls & Gangs and Domestic Violence.