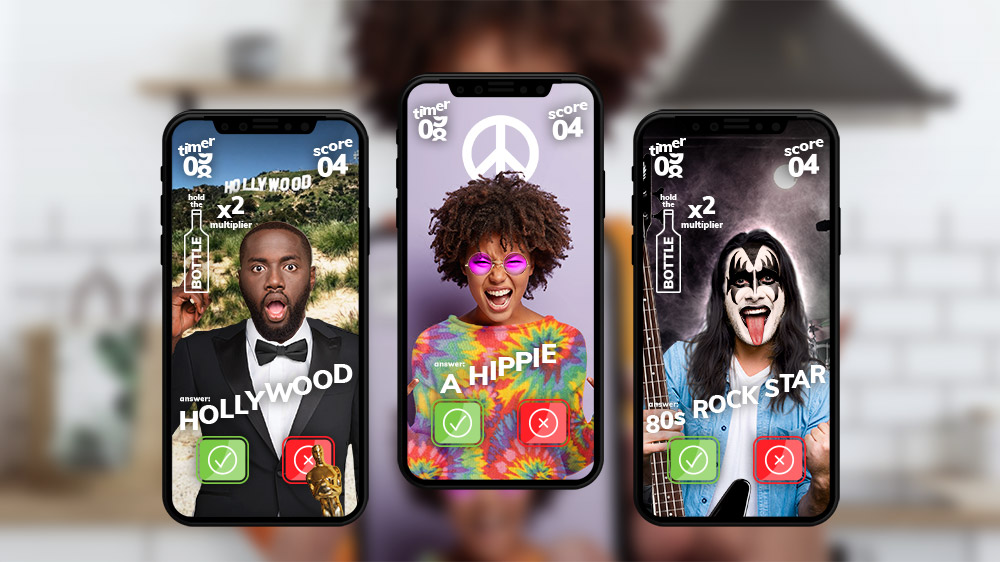 A design brief to create the concept, visual identity/branding and UI/UX for an augmented reality party game that visually alters a user’s look in order for them to guess who, what or where they are.

Working with the game’s producers I was tasked with creating the branding and UI graphics whilst showcasing the game’s concept. The designs show various examples of the users game experience and the different types of AR questions the users will interact with.

Headquartered in Cambridge, the tech nirvana of the United Kingdom, PlayFusion is a multi-award-winning studio that is pioneering the future of enhanced reality entertainment. PlayFusion’s titles include their original IP, Lightseekers, and Warhammer Age of Sigmar: Champions.