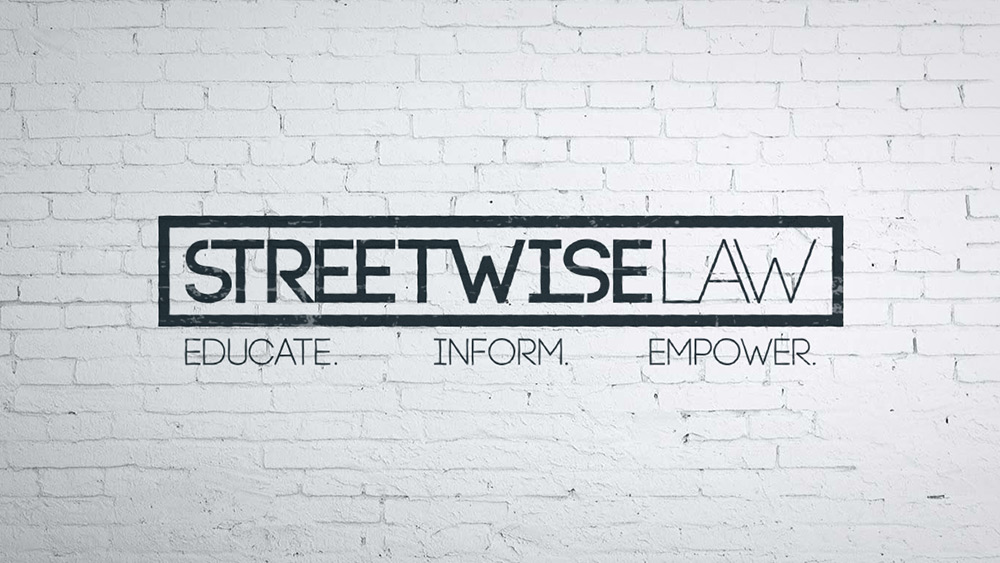 A project brief that called for the creation of a logo design for London based not-for-profit organisation Streetwise Law.

This logo design for Streetwise Law takes it’s inspiration from a combination of UK street signs and stencil graffiti. A strong sans-serif font of different weights are used with a stylised ‘st’ and ‘is’ in Streetwise. The taglines of ‘educate’ ‘inform’ and ‘inspire’ are included to communicate the values of the brand.

A separate squared logo was designed for used when the horizontal logo is unsuitable, such as during web use. This logo uses the s, w and l characters of the brand name to create a stamp style, invoking the London borough postal code SW1.

Established in June 2014 Streetwise Law is a not for profit community educational project based in London. Then run law workshops for young people presented by an experienced criminal barrister. They educate, inform and empower young people by teaching them about the criminal laws which are most relevant to them. Some of the topics they cover include: Stop & Search, Girls & Gangs and Domestic Violence.