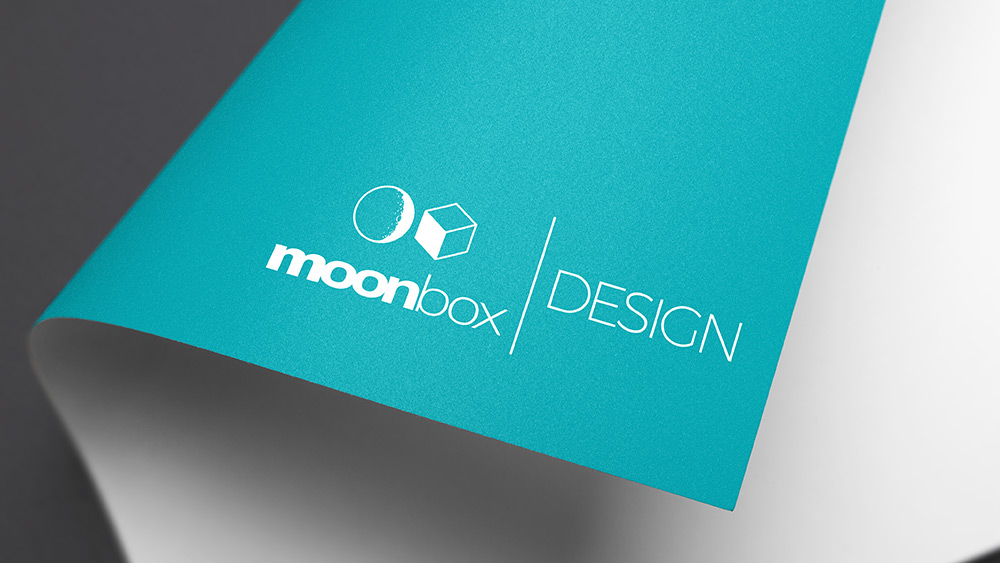 An open project brief that called for the creation of a logo design for Ely based design agency Moonbox Design.

This logo design, created for Moonbox Design, was designed to combine visual and typographical elements that symbolise the literal words used in the name. For the visual logo elements I chose simple illustrations of a crescent moon and an isometric view of a box. These where designed to be read in isolation, almost as hieroglyphics allowing for a very simplified version of the logo. The logo design also allows for it to be inverted and placed on either a light or dark background.

The typographical elements utilise largely different weights of the same font in forced upper and lowercase. Lowercase for the company name and upper for the department or service. The elements are sized so that the moon graphic element is centred over the ‘oo’ in moon and the corner edge of the box inline with the ‘b’ in box.

Based in Ely Cambridgeshire, Moonbox Design is a creative design agency. With a vast and collective set of skills ranging from anything between; website design, advertising, exhibition graphics, packaging, brochures to corporate stationery. Chances are if you can think of it, they can probably design it. They understand the necessity of each project having a unique outcome in order to deliver the message you need to convey.